In the midst of a vast sea of people, shouting and jumping excitedly, were Tim and Dana, screaming just as loud to the marvelous band playing in front of them. Festivals were their joined passion and the place where they had one instant connection. After meeting at a festival in Hungary, they had been inseparable for the 5 years that followed, in which they shared one apartment, spend 1.329.000 minutes together and just 27 nights alone. Took 21 trips together. Made around 4000 phone calls and send more than 10.000 text messages to each other. Were the proud owners of a beautiful Norwegian Forest cat – they still are actually. Watched 158 films. Entangled their lips over 7000 times. Shared 161 showers. Are close to reaching the milestone of 2000 orgasms. The same holds true for the number of cigarettes smoked. These cigarettes (and some of the orgasms) usually accompanied the 398 bottles of wine or 1298 pints of beer they drank. Which resulted into 521 morning afters.

They shared over 290 breakfast in their king size bed. Summing up all their moments of dancing would result into 900 hours or 37,5 days of dancing continuously. They have downloaded 309 mixtapes. And managed to live out 35 of their sexual fantasies together. As mentioned before, they absolutely love festivals and including the one on which they met, experienced 53 together since then. However, they never managed to have sex on a festival, which is somewhat odd, because their sport is to try to have sex in the weirdest places – sometimes at the strangest times. They have made numerous attempts, but the universe always seemed to intervene in nearly mysterious ways. During one attempt an utterly confused racoon interrupted their lovemaking, whereas another time an earthquake caused the Dixie toilet they were in to fall over. This was a somewhat traumatic experience, especially for Dana. Now, she seemed to be ready for a new attempt. She turned around to face Tim and pulled his ear next to her mouth. “Let’s do it”, she shouted into Tim’s ear with enthusiasm. She had misestimated the volume of her voice, and Tim leaned back and grabbed his ear. “Dana!” he cried out. “Sorry,” she giggled innocently. Still, a smile appeared on his face and he took her small hand and searched for the quickest route through of the crowd. He wanted to be fast, he could feel his blood rushing downwards already.

“Are you up for a challenge?” she laughed.

As soon as they stumbled out of the densely packed mass of people, they used their increase in personal space to fall into each other’s arms and lost themselves in passionate make-out session. Dana was leaning backwards, forcing Tim to fight over her body with the force of gravity, the festival was at the high of its day. Out in the air, their sweat finally got the opportunity to evaporate, they scene was anything but romantic. Next to them, a bald, slightly chubby man was stomping his black boots in the mud. His intoxication was causing a delay in his intention to move and the actual movement. He was very clearly out of beat. While he loudly continued to scream to the music, small spatters of mud reached the already dirty couple. They were entirely oblivious to their surroundings and as they were getting hornier with each passing second. Tim drew Dana’s body close to his, causing her to feel his extremely solid dick pressing against her lower belly. She wanted him, she needed him now. “Where do you want to fuck me, Tim?” she whispered in his ear. “I want to fuck you in your mouth.” A roar of laughter escaped Dana’s mouth. “I meant, where do you want us to be when you fuck me in my mouth?” Tim expressed his indifference with a shrug and just wanted to kiss her again. “No, let’s go,” Dana urged, “I have an idea!” Slightly disorientated and with occasional kissing-pitstops, they slowly but persistently made their way to the camping area of the festival. When they finally reach it, there was no patience left inside of Dana. When she realized this herself, she quickly spotted a small, turquoise tent under a tree. “Are you up for a challenge?” she laughed. She let go of Tim’s hand, ran and dove into the tent. She had no idea who’s it was.

Tim’s mind seemed to have trouble catching up with Dana’s wild idea. He was standing bewildered in front of the tiny entrance. A pair of boots, jeans and shortly after, a t-shirt came flying out of the tent. “Come on, you dickhead. Do you want me to start by myself?!” Moments later he leapt into the tent as well, landing on a half-naked and extremely aroused Dana, who was laughing and breathing heavily all at the same time. A small blow up mattress was completely covering the floor of the tent, and beside some clothes, there was nothing else inside. The addition of two naked people filled up the entire space inside. It became their world, the moment Tim zipped the entrance behind him. The movements in the small space were rapid and chaotic, but efficient enough – they were lying naked in a random, temporary home at a big festival.

Forcefully she pushed her wet and warm vagina downwards, sensing the hardness of Tim’s shaft.

“You know we’re are technically breaking and entering, right?” Tim informed Dana with a laugh. “It is not like we haven’t done it before”. While memories of their previous endeavors rushed through Dana’s head, she awkwardly managed to climb on top of Tim. The tent was so small, her head was pressed against the roof, signaling their presence to the outside world. Forcefully she pushed her wet and warm vagina downwards, sensing the hardness of Tim’s shaft. Her eyes were closed, but her arousal couldn’t be hidden by the expression on her face or the movements of her body. Suddenly, the tree above was no longer blocking the rays of sunlight, and they started heating up the tent even more. “Greenhouse effect,” mumbled Dana. Tim did not even notice the weird utterance of the word, due to the blasting of the sound of the nearest stage. Primarily, the deep tones of the bass could not be stopped by the thin fabric enclosing them. Unable to stop sweating due to the heat. If they were not so in love with each other, the whole scene would have been described as rather indelicate.  When Dana finally let herself glide on to Tim, he could feel why making love to his girlfriend was his favorite thing in the world.

Sweat was dripping from Dana’s face onto Tim’s, and he had to occasionally close his eyes to avoid it coming into his eyes. Sometimes, they could hear people near the tent, and the idea that only the thinnest possible layer was putting them on the edge of exhibitionism was excited them both. Their eyes were locked on to each other, creating a nearly tantric vibe that was in stark contrast with the current setting they were in. Dana was leaning on Tim’s pecs and was pushing herself off his body, while Tim was holding her hips and was adding force into each descend of her body on this his. Maximizing the impact and therefore the pleasure for both of them. Each time he did, synchronized groans escaped their mouths. For a moment the thought of changing the position crossed their minds, but it seemed like an impossible mission that would undoubtedly break their flow. Instead, they further increased force and speed until Dana’s groans just became one long scream. Seeing her face and hearing her pleasure was what really got Tim off, and he could feel he was reaching his orgasm as well. He looked around, but there appeared to be no other option than the come inside of her. At once, Tim froze, “have you taking your pill these last days?” Dana convincingly contracted her pelvic muscles and instantly could feel the warm cum inside of her. “Yes, of course.” Their bodies were soaked in sweat and completely out of breath. Tim’s face showed multiple signs of relieve. “We finally managed! Now, I need a cold beer!” he said laughing and kissed Dana once more. Tasting the salt of their sweat. 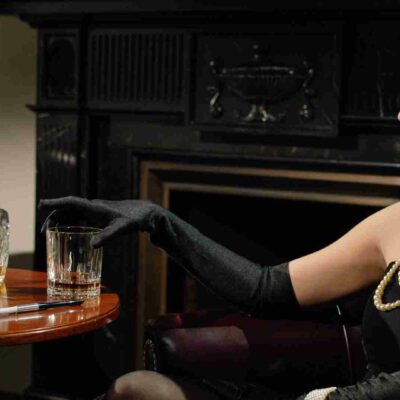 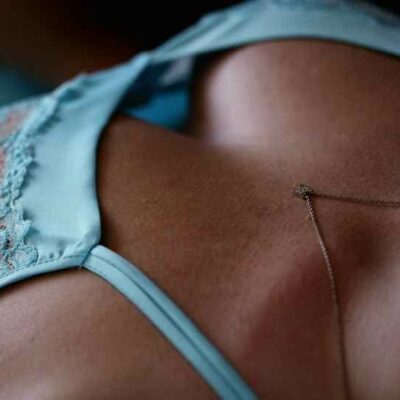