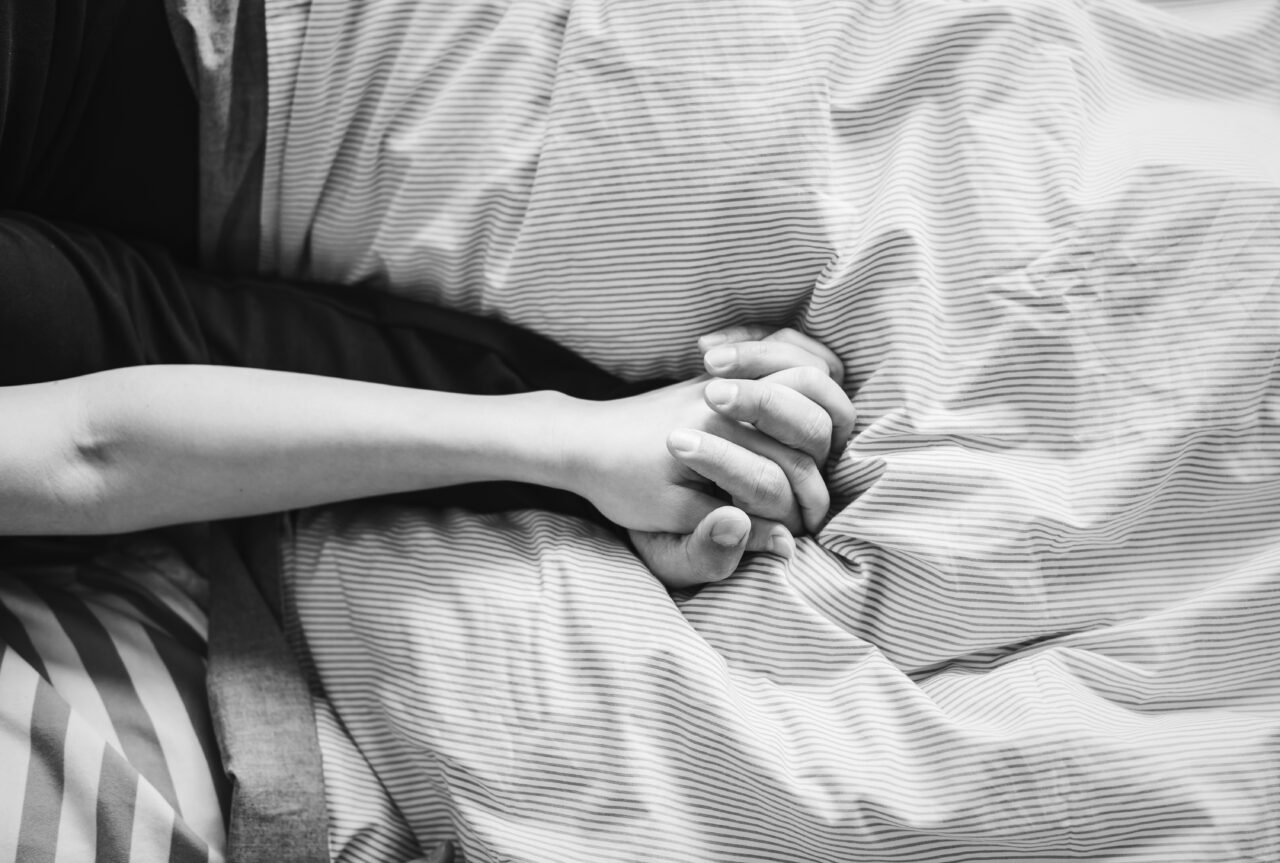 Months had passed since Karen and Alfred had decided to open up their relationship of five years to (loving) other people, and there was still nothing exciting happening. Their decision wasn’t based on any dysfunctionalities in their relationship. Instead, it was the opposite. Their relationship was, or at least felt, near to perfection. Their communication had always been open and honest, the sex was great, and they loved each other deeply. Instead, it all felt like the next step in the evolution of their relationship, a relationship that was by now overflowing with love, understanding, and compassion. It felt natural.

It had been Karen who had first brought up the subject a couple of years ago. Secretly, she had always felt that the heteronormative way of romantic relationships did not resonate with her understanding of life and society, but she had never been fully conscious about the possibilities beyond it.

She had heard about relationships that allow their partners to have sexual interactions outside of the relationship. However, she did not think much of sex without emotional connection and did not even consider it for a second. Then, she found out about the growing number of people practicing polyamory – being in intimate, loving relationships with more than one person at the same time.

Initially, the idea had shocked Alfred but after numerous conversations, research, and reflection, also he was ready to try this still unconventional way of seeing and feeling love. It was clear to them that they had to continue their well-established relationship in the same way – open and incredibly honest – if they were to succeed.

However, as both of them didn’t fall in love very quickly, and they had decided not to aid destiny by using dating applications, nothing happened for months on end. Unconsciously, it was not what they had expected, but what ultimately happened showed that expectations are rarely met, and no one could have imagined the future beforehand.

While his hands surfed over the curves over her body, her legs, her waists, and her legs again, Karen could barely recognise the movements.

Karen and Alfred were standing in their bedroom, about to go to bed. From behind, Karen wrapped her arms around Alfred’s waist and pulled him close to her body. Anxious to tell what was on her mind. “Ali, I have finally met somebody amazing who I think you will like as well. I am excited, happy, but to be honest also a little bit confused.” “Honey, that is amazing! But why are you confused?” Alfred responded excitedly and turned around to face Karen.

Karen’s eyes were serious, communicating the powerlessness she felt in that moment. She needed her boyfriend to help her understand what was happening. She took a deep breath. “Well, the person I’ve met… She’s a woman.” Alfred remained silent and his expression neutral. “Say something!” “Uh, okay. This is not necessarily a bad thing I’d say. Please allow me to ask, are you sure you have feelings for her? Are you sure you are not projecting what you want to happen?” “Yes, Ali, I am pretty fucking sure,” she laughed. “My stomach is full of butterflies, I turn into a clumsy person around her, and she has been on my mind ever since.” Alfred smiled triumphantly and hugged Karen intensely.

He could not get over how cute it was to see his girlfriend this shy and confused, and how much he actually enjoyed the sight of it. “This might be too much at once. I don’t even know how to make love to a woman.” Alfred lifted her, walked towards the bed, and let their bodies jointly fall on the mattress.“I can show you some things you can do to her. As it happens, I have some experience in the pleasure of the female body,” he hinted. The idea of Karen pleasing another woman was unexpected for both of them but exhilarated them into a state of arousal that needed to be addressed instantly.

With the images of the other woman racing through her mind, Karen let the hands of her boyfriend engulf her. This time, closely paying attention to the movements, saving the memories as instructions for later. His hands first softly glided over her breasts, giving each a little bit of attention before teasingly moving over her belly. In his mind, similar images formed – images of his girlfriend with another woman.

He was excited for her, without a trace of jealousy. He hated to admit that he was rather pleased with the first fruits from their decision to become polyamorous. Another woman somehow enabled him to emphasise more with Karen’s feelings. He understood the attractiveness and appeal of women, and he was excited to be able to share this with her. With these feelings circling inside of him, Alfred summoned his femininity and continued the excite Karen’s body and mind.

“Fuck me, fuck me as a woman would fuck me,” she demanded.

Even though Alfred was hard and excited, he continued to focus all his attention on Karen’s body, letting his hands wander all over. He unlocked his lips from hers, freeing her mouth to emit silent moans, and continued to kiss her neck, shoulder, chest, and finally her breasts. She put her hands over her head, completely surrendering to Alfred’s touch.

Over the years, he had discovered almost everything there was to learn about Karen’s body, he knew what she liked. However, this time, he was taking a softer approach than usual. While his hands surfed over the curves over her body, her legs, her waists, and her legs again, Karen could barely recognise the movements. For a moment, her mind vanished into a fantasy of the future, and she felt as if being touched by a woman.

“Fuck me, fuck me as a woman would fuck me,” she demanded. Alfred took a deep breath. These were words he could never have imagined to hear in his life. These words unleashed something inside of him. It was time, one of his hands finally moved onto her trimmed bush, and after a short teasingly stop, continued downwards.

With ease his hand moved over Karen’s lips down under, feeling the heat that had built inside and around them. He realised it had been too long he had touched her with only his hands. He was enjoying the pleasure he was giving her and enjoyed the thought of the other woman doing the same things to her. “Tell me about the woman. Tell me; why her?” Karen could barely focus to find words, the world inside her head had turned into a mix of feelings without clear borders.

She grabbed Alfred hand, and moved it further down, signalling she first wanted more before she would enlighten Alfred about her infatuation. At last, she could feel Alfred’s hand separate her lips, and gently massaging her clit. The act was small, but the idea behind it powerful enough to get her incredibly wet and excited.

“Tell me,” Alfred whispered again. “She is incredibly self-confident. In a way that is almost a rarity.” Alfred let the tip of his finger vanish inside of Karen. Her body shivered.“What else?” Alfred asked while trying to make eye contact, but Karen’s eyes were shut. His gaze remained on her face regardless, carefully observing her unconscious expressions while he advanced deeper inside of her.“She is smart, hilarious, and…” Karen stuttered and the shivers increased when Alfred was completely inside of her and could move no further. “And…?”

Alfred teasingly inquired and slowly retrieved his finger from the warm hole in order to have it join with another finger. Unitedly they vanished inside of her again. “…and she is sexy as hell!” Karen groaned loudly, at this point unable to control her body. They were connected by the fantasy of a third person. The other woman was already changing the dynamics of their relationship, increasing the love they felt for each other in ways that were unimaginable before.

Within seconds Karen’s body shivered and tensioned, nearly crushing his head in between her legs.

Karen’s consciousness was dispersed between the fantasy and reality, the person touching her morphing from man to woman and back, while their tongues were travelling down to where an explosion was about to take place. Alfred’s body was resonating with the energy of the pleasure he was given Karen, and he had to focus to remain in control of his deep urged to penetrate her with his penis.

He was determined to make her come how she would in the future. He could feel the end of the tunnel the moment his tongue finally arrived in between Karen’s legs. Within seconds Karen’s body shivered and tensioned, nearly crushing his head in between her legs. Exhausted by the pleasure, they both lay still for some moments, processing their experience, both thinking about her, thinking about each other.

“I am going to write her right now! What should I say?” “Just tell her, that you enjoyed meeting her, and that you would like to see her again. As a date! Make your intentions clear,” Alfred instructed calmly. “You are really good at this, Ali,” Karen laughed and immediately transformed his words into letters on her screen. Within seconds her phone vibrated with the response. Karen gasped for air, “it’s on, we have a date tomorrow evening!” Finally, their new chapter in their relationship was about to begin. 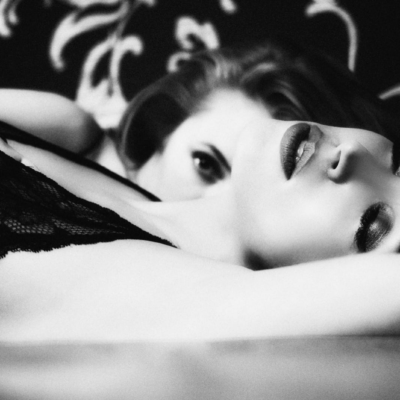 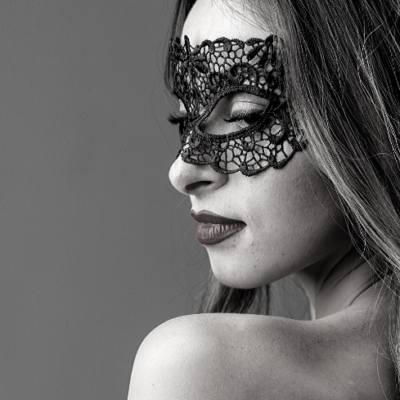 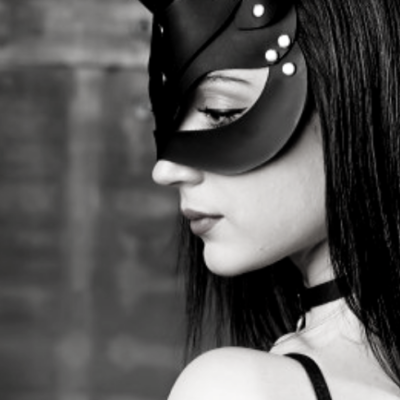