He wanted to take another cigarette but soon discovered the package was empty and tossed it slightly annoyed to the side. The interview had slowly turned into a more personal conversation, as he was “kinda fed up” with talking about the fame and the success of the band for all these years.

Alice was not sure why he had decided to open up now and to her, and she had asked if he wanted to go off the record, which from a professional viewpoint was stupidious, as that would probably mean she would not be able to deliver the article. “Yeah, that seems like a good idea,” he had said, and immediately his face fell into a state of relaxation, and he made eye contact. Thanking her.

At that moment they were just a man and a woman, alone in a room. Initially, Alice was put off by his cocky behaviour, but slowly he started to reveal the hurt and insecure man behind the mask. The mask he put on for years. The mask Alice had like so much as a girl. It seems like celebrity crushes are an inevitable part of adolescence, at least for Alice it was.

Many evenings she had fantasised about the lead singer of her favourite rock band and how their life together would look. While travelling the world, he would make sweet love to her and show her all the forbidden pleasures of this world. However, this was years ago, and Alice was a grown woman now, with real-life worries and problems that would not be solved with whiskey and cigarettes on a daily basis.

However, when the magazine she worked for had asked her to be the one to interview the lead singer of one of the greatest rock band, she did not need to think twice. A youthful and familiar excitement rushed through her that almost made her blush. She thought she had completely let go of the immature crush.

Now she was not only experiencing him in real life, but he was opening up emotionally. Rarely, had she seen a man so vulnerable and the teenage celebrity crush had shattered into nothingness. He was not the masculine and overly confident man she believed him to be. He was something better, something purer.

One moment later their lips were wildly on top of each other and Alice instantly felt the wetness between her legs form.

The dressing room in which they were sitting seemed the be the only space in their consciousness. The colossal arena surrounding it and memory of the thousands of fans that had previously been cheering had vanished into the background or their consciousness.

He moved to the edge of the couch, decreasing the distance between his body and hers. The glass table between them was functioning as a barrier. “It has been hard to find real love in this business. People are either with you for the fame or the money. Or both,” he explained emotionally. Alice’s hand reached over to the table to touch his, and both felt an electric shock. Very clearly. But neither of them said anything they just blushed.

Slowly, the balance of the conversation had shifted, and he was now mostly asking all the questions. Alice was not sure she had answered any questions, because her mind was in a blank state of disbelief. He was laughing as a response, so she must have answered. After a while, it seemed she too had told her life story. “Love is difficult for everybody. It is hard to find that spark,” she explained and immediately remembered the shock between them.

His smile indicated he was thinking about the same thing. After a short silence he gestured her to join him on the couch, and with her heart pounding heavily in her chest she sat down next to him. The fact that she was the one he had opened up to made her feel special. “You are a beautiful woman, Alice,” he stated and stroked her soft cheek with the back of his hand. One moment later their lips were wildly on top of each other and Alice instantly felt the wetness between her legs form.

Alice was feeling scandalous, a word she never used to describe herself, as she had a strict rule of not sleeping with anyone before the fifth date. It had been her strategy to filter out the men undeserving of her body and love. It had not worked. And technically this was not a date.

Kissing was not sufficient anymore to express the horniness unfolding in their bodies and minds, and she moved onto of him. As a result, enabling her to feel the lump through the thick and rigid fabric of his grey jeans. There was a certain magic about having her childhood fantasy turning into an even better reality. She ripped open his white shirt from the pre-existing holes in it.

Unsure if there were just the usual wear of time or purposely put there out of fashion considerations. His chest revealed to be less spectacular than in her fantasies, but the physique is probably unattainable for any man. It was, however, a reminder to her this was not her fantasy anymore. This was reality, and he was human.

Like a long-awaited present, she continued to undress him with efficiency and speed. “I want you to fuck me with passion,” Alice demanded as she clearly felt she was ready for the big game. Being around him for hours had been more than enough foreplay. As soon as his brain had processed her words, he undressed her equally as fast as she had undressed him.

The clothes seemed to have been the last protective layer, and now the abundance of skin revealed their physical vulnerability. He stood up, and without saying anything, he grabbed a condom and swiftly put it on his hard cock. He grabbed her and guided her body in front of his and gently pushed her back into a more horizontal position.

The pulled the top of his hard dick from front to back, shortly but intensely stimulating her clit in the process, before he found the hole he wanted to descend in to. Alice closed her eyes and tried to take in the present moment with all her senses, especially touch.

Unable to stop touching and pleasuring each other, they continued to kiss each other on every body part that got in proximity to their lips.

When the top of his dick was docked inside of her, he took hold of her hips and very slowly pulled her body around his most sensitive area. His moans were initially louder than hers, but they were in alignment with the emotional atmosphere of the whole evening. Alice had never heard a man express his passion so loudly and genuinely and it was arousing her in ways she could not have expected before.

Even if she did not know if he always expressed his pleasure to this degree during sex, it felt exceptional to her heard these intimate sounds. They had definitely not been part of her adolescent fantasies. His thrusts gradually increased in passion, excitement and force. They seemed to ripple all the way through her body and out of her mouth in the form of loud screams.

For a moment Alice was afraid they would be heard and caught but immediately realised nobody would have had the courage to disturb them. This arena was a castle, and he was the king here. Alice could sense he was wholly immersed in the experience and was nearing the end, but she wanted to prolong this moment, savour it. She pushed her body backwards, non-verbally signalling she wanted a change of position.

The moment he stopped, he breathed in deeply, trying to calm down his body with oxygen. Unable to stop touching and pleasuring each other, they continued to kiss each other on every body part that got in proximity to their lips. Finally, their bodies had found the sofa, and they sat down. He on the couch, and she on top of him. Now, she was in control and stirred his dick repeatedly into her most sensitive spot.

She put his finger on top of her clit and hoped for the best. With high concentration, he stimulated her clit, also hoping for the best. He was coming. Alice focussed, and she could hear the sounds of his moaning slowly descend into silence, it was her turn. With the last hardness of his arousal, she reached the orgasm she had been dreaming of for years. It was better than she could have ever imagined. 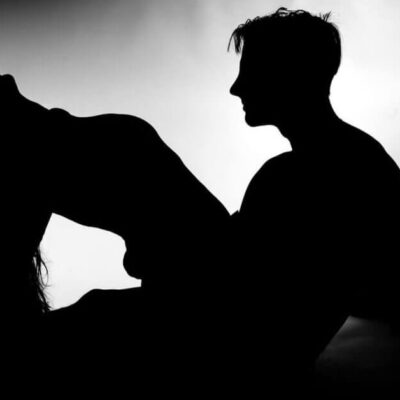 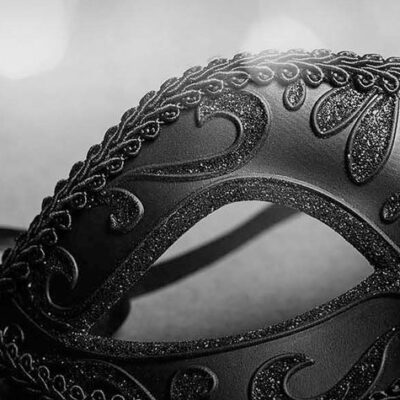 The World Through His Eyes – part 2