Did you know that there is an entire day dedicated to bikinis? Every year on July 5th, the world celebrates the two-piece bathing suit!

While it might seem like this outfit is no big deal, there is a lot of history behind this teeny tiny swimsuit.

Here are 10 things you most likely did not know about bikinis!

1. While it isn’t credited for the bikini we know today, the wartime rationing in the early 19th century changed how swimsuits were made. There was a fabric shortage post World War II, which led to less fabric being used for beachwear.

3. The name “bikini” was inspired by actual current events. The island in the Pacific called Bikini Atoll, where the U.S. had tested the atom bomb, influenced its name. The first bomb testing happened only five days before the release of Louis Réard’s bikini design.

4. Louis Réard could not get any actor to model the bikini, so he hired French nude model Micheline Bernardini. She received so much fan mail after that she moved to the United States to become an actress.

5. The oldest recorded bikini-style outfit was documented in a 1,700-year-old Roman mosaic. It is called the “Chamber of the Ten Maidens” and portrays women in “bikinis” playing sports.

Chamber of the Ten Maidens

6. One of the most famous bikinis was worn in the James Bond movie Dr. No by the female lead, Ursula Andress, as she emerged from the water. You might be able to picture it as a white bikini with a large belt on the bottom half. It is so famous that in an auction in 2001, it sold for over $60,000.

7. The song “Isty-Bitsy Teenie-Weenie Yellow Polka-Dot Bikini” actually had a direct impact on bikini sales in 1960. There was a resurgence of thong-style bikinis after “Thong Song” by Sisqo in 1999.

8. Probably to no one’s surprise… but the bikini was initially banned in several countries! It was actually the Vatican that called it sinful, which lead to it being banned in Spain, Italy, France, Australia, and many American states like Florida.

9. From 1994 to 2012, the bikini was the mandatory uniform for women’s beach volleyball at the Olympics. Apparently, it was decided as a uniform for practical purposes (like having no sand build-up) and was removed as a uniform in order to include more conservative countries in the Olympic sport.

10. The first bikini made its way to the cover of Sports Illustrated in 1964. Elle Macpherson is the only person to have been on the cover five times.

Have any more interesting bikini facts? You can always let us know!

Bikinis may be nice, but sometimes it is even more fun when someone takes them off. Fancy a sexy video by the pool? Watch it on our video platform. 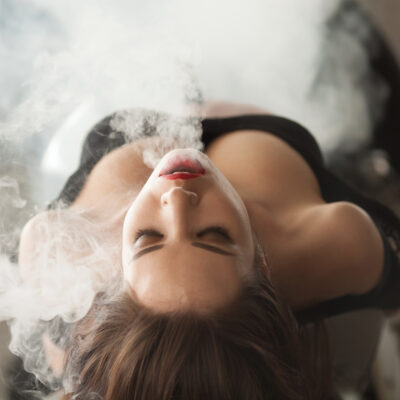 What Vaping Does for Your Sexlife

What does consent mean?

Why make-up sex is the best sex

8 reasons sex is so healthy