Weight fluctuations, gender variations, severe injury or illness, or an extreme change in personal presentation. All of these can technically be counted as ‘Bodily Transformations’ and all of them come with their own individual issues, niches, and considerations.

However, in all cases it can generally be agreed that when confronted with extreme change, even if it’s voluntary, the mind can often struggle with regaining a sense of sexual pleasure that seems to resonate in the same way that it used to.

Change is a catalyst for many things, after all, and a shift in pleasure is often left skewed to some degree by extreme bodily changes.

For many individuals who go through an extreme bodily change the reason for feeling out of alignment with their current self is a case of body dysphoria, also known as Body Dysmorphic Disorder.

Body Dysmorphic Disorder (BDD for short) is characterised by anxiety or constant worry around one’s body. Naturally, we all worry about how we look from time to time but these thoughts become potential BDD when they stop an individual from doing their normal routine or engaging with the world and others around them in a meaningful way.

As you might imagine, BDD can come with (or lead to) other issues, such as depression, anxiety, self-harm, or even eating disorders. And, of course, it can drastically change how one experiences their body when it comes to sex, pleasure, and relationships.

For those who have gone through transformations, BDD may also be accompanied with phantom limbs – the mental leftovers of a limb or other body aspect which is no longer present. This is common among amputees in particular but those who have lost a substantial amount of weight have also complained of ‘phantom fat’, to the point where it is now being given professional consideration.

So, what’s a person to do if their bodily changes have led to BDD or phantom limbs in order to reconnect with their pleasure? Here are just a few suggestions that might serve you.

Give Yourself Time To Come To Terms With The Changes

Self care (and thus anything else) is often not possible without a certain amount of kindness, forgiveness, and patience.

If you have changed a lot (even if it was a desired change) then the brain will naturally take a certain amount of time to adjust. This is completely normal.

Think of it as being similar to when you move a piece of furniture in the home. For quite a few days after you might go to place something down on that furniture where it used to be or be shocked when you see that it’s moved. This is because your brain was used to where the furniture was and so made an easy heuristic link to associate certain motions and assumptions with the placement of that furniture. Now that it’s changed the brain needs to notice, reconsider, and adjust. The same goes for bodily changes.

Don’t beat yourself up. Don’t spiral in to a negative self thought spiral. Simply observe and then either sit with the feeling or move on. The choice is yours but, in both instances, be kind.

Make Those Around You Aware Of Your Situation

If you’re currently struggling with your pleasure when it comes to sexual play with others then let them know your predicament and request a certain amount of space and compassion while you go through your adjustment.

If this is someone you’ve had in your life for a while then chances are they might be needing to adjust too but just haven’t known how to approach the topic with you.

Acknowledging the need for a period of adjustment is very important for everyone involved.

It’s the mental equivalent of providing some much needed breathing space in an otherwise suffocating and frustrating experience.

Ask yourself this: Have you actually allowed yourself the time and space to really get to know your new body, or have you just been skirting around the issue?

If you don’t know what your new self is really like then how can you expect to know just what works for it or, for that matter, how to convey your new needs to others!?

Take some time in front of a mirror to look – really look – at yourself. Notice any of the big differences but also take the time to consider the little ones. Stroke your skin, tickle the surface with your finger tips, smile as you look deeply in to your own eyes. Tell yourself that you are worthy of pleasure.

This may be very uncomfortable at first but, over time, you’ll soon become acquainted with the skin you’re in. Even if you don’t love it at first at least you’ll know it, and that is a significant step forward.

And, finally, the number one step for reclaimining your pleasure post-changes…

Recognize That There Is No Such Thing As ‘Reclaiming’

There’s a popular saying among the inspirational crowd that bares repeating here: Don’t look back, you’re not going that way.

We cannot live in our past. Nor can we live in the future. There is only the now, so you might as well get yourself acquainted with it.

Pleasure might have come in a certain way for you prior to your change, or meant a certain thing, but, as we’ve noted, you’ve changed which means so have your needs and everything involved.

So stop self-sabotaging by trying to claw your way back to a time you can never truly recreate and start getting excited about what may or may not work for you in the here and now.

Your new state of existence brings with it discovery, highs, lows, and an immense learning curve which will keep you ever growing and ever accomplishing new things. Make it a point to acknowledge this and embrace it.

Make your goal to ‘redefining’ your pleasure as opposed to ‘rediscovering’ it and you’re already on a winning journey. 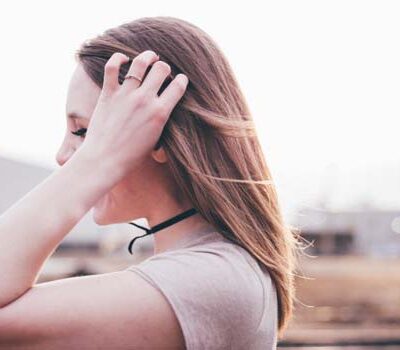 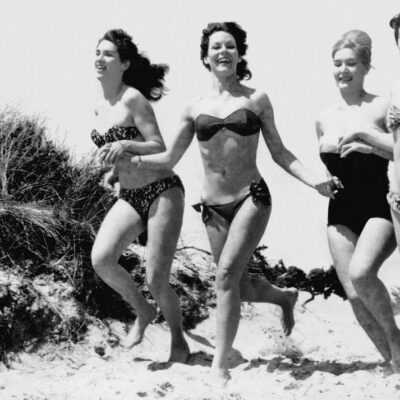 What Does It Mean to be Beach Body Ready? Swimwear and Sexual Appeal 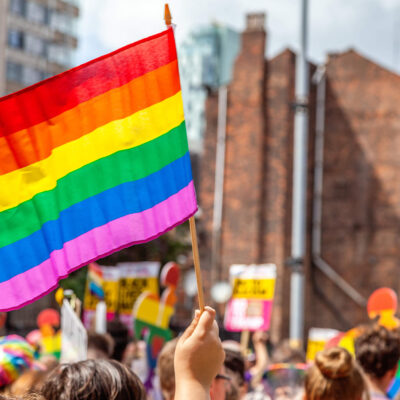