Cheating: when does it count?

In 2015 a digital scandal happened in the adult community when the website Ashley Madison suffered a massive data leak, exposing many of its users. The major issue in this scenario wasn’t just that data was so readily gained and exposed by outside sources but also that Ashley Madison itself was a ‘married dating’ site – otherwise known as a place where many individuals went to have a planned affair or cheat on their partner.

You can imagine how well that went down.

Three years on Ashley Madison are still trying to repair their reputation and internal integrity, including publishing articles, resources and advice for potential users. These resources includes a report from Ashley Madison’s resident relationship expert, Tammy Nelson, claiming that there are now at least two different distinct types of cheating in our modern society.

This is certainly an interesting premise for anyone concerned with cheating, and many of us apparently are.

The Facts of Cheating

These worries might not be without good reason, either, as some statistics have suggested that over 1/3 marriages involve one of both partners confessing to cheating, 22% of all men surveyed and 14% of women saying that they’re cheated on their partner, and 35% of men and women admitting to cheating while on a business trip.

These statistics may worry or interest some people but, perhaps even more curiously, the same study suggests that 10% of affairs ‘begin online’ and that, of that percentage, 40% of these ‘online affairs’ turn in to ‘real affairs’.

But does cheating really have to go from the offline world in to a flesh and blood meet-up in order to be considered ‘real’? Many of us socialize with or otherwise have communications with friends and family online. These conversations are different to meeting in person, of course, yet we would never say that these communications aren’t ‘real’ or valid unless they were done in person. So, by the same logic, online cheating shouldn’t be excluded from being ‘real’ just because it happens online.

Given this, what does and doesn’t count as ‘cheating’?

What about the emotional element?

Arguably the answers to each of these questions will be highly personal and dependant on the situation, but there are also a few suggested definitions of just where infidelity begins.

The loosest definition of cheating possible is ‘When a person deceives or acts with dishonesty towards their partner, pursuing an additional romantic/sexual/emotional relationship outside of the agreed boundaries or expectations of their current relationship boundaries.’

This naturally vague definition is exactly why cheating can be such a difficult thing to pin down to one action or situation and why no two people will have the exact same idea of just what constitutes cheating.

Take Ashley Madison’s professional, for example, the two distinct types of cheating that they outline are scenarios in which the cheater wants to leave their primary partner, but feels unable to, and cheaters who wish to engage in affairs while still staying in a relationship.

In this categorisation the definition of what constitutes cheating isn’t even discussed and cheating is much more about an intended outcome rather than the behaviours involved.

Others consider a difference between cheating IRL (in real life) as we previously discussed, and cheating with someone either online or via social media and sexting. The reaction to those involved in both of these situations is likely to be distressed, but some do feel relieved if no physical intimacy was achieved, as opposed to an IRL meeting having occurred.

The difference in reaction isn’t as marginal as the above statistics intimated when they mentioned that ‘real affairs’ had to go beyond the online point. In actuality a study as early as 2013 suggested that, of those participating, on a scale of 1-100 Intercourse was seen as 97.7 in terms of definitely being cheating, oral was 96.8 and kissing was 88.7. These are all to be expected, but sexting and other behaviours weren’t too far behind.

If this exploration in to cheating has shown us anything it’s that no two people will ever consider cheating to involve the same behaviours, but focusing on behaviours might not be the point at all.

The most recent research in to cheating suggests that what defines cheating is not the actions involved but, instead, the deception, dishonesty, and abuse of trust that is involved and the emotional impact that these can cause.

In their recent publication, The State of Affairs: Rethinking Infidelity, Ester Perel, PhD, outlines this notion, suggesting that ‘Affairs are an act of betrayal and they are also expressions of longings and loss.’ These emotional elements are vital for understanding why people cheat alongside how to heal from the destructive outcomes of cheating.

Studies also back this idea up, with a research piece published in Personal Relationships and undertaken by the Texas Tech University discovering that ‘people focus more on the concealment of behaviors and the resulting emotional fallout from infidelity’ rather than the behaviours involved in the cheating itself.

Cheating may never be cut and dry, but the very term ‘cheat’ highlights the importance of deception and fraud to the definition and it is this element that will ultimately hurt those who find themselves being cheated on in a relationship.

Relationships are, at their core, about communication and trust, so it makes sense that this should be at the core of cheating, and those who wish to maintain their current relationship should hold these key principles true if they are sincerely committed. 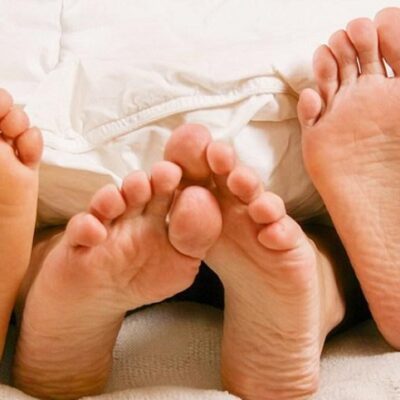 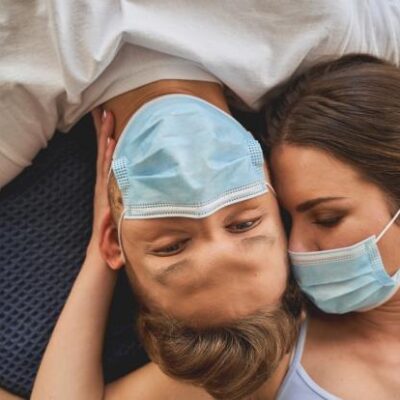 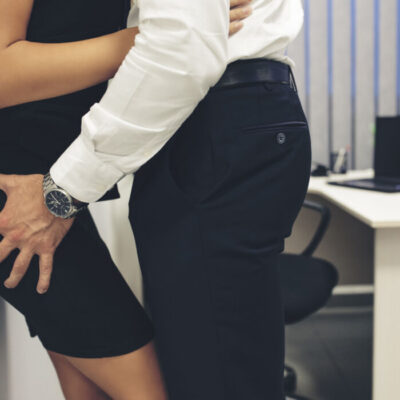 Sex with your coworker: Do or Don’t?