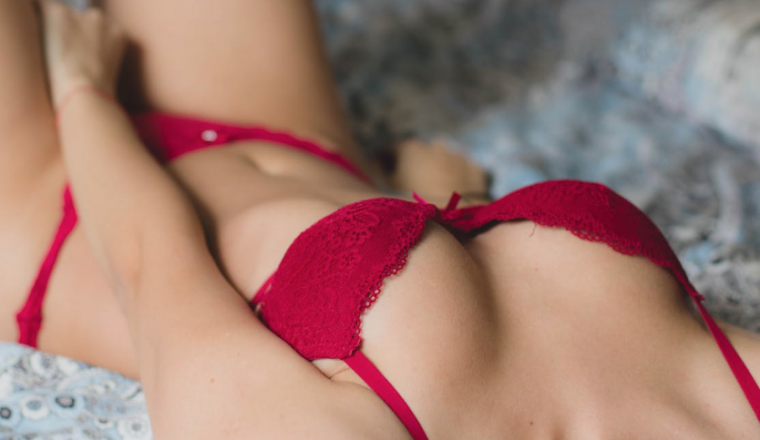 Yet another blast of thunder. Again and again, blue lights up the bedroom from all the flashes that seem to be present non-stop. Just when my brain is telling me that ‘War of the Worlds’ also started this way, I decide to steer my mind away from that thought.

I press my clammy body against his. There is no response.

Again, I force myself against him. A little stickier this time.

It is warm. Rather stuffy. A typical summer night, with summer storm and all. A small gust of wind comes through the open window. And by small, I mean really small, as in barely noticeable. Not nearly enough to actually provide some cooling, but it’s a start.

Playfully, I let my fingertips wander over his bare chest. I want attention. His attention. I would really like to shake him to wake him up, but I know that will not be beneficial to his mood.

Overheated, I throw back the sheets and sigh loudly. In my attempt to cool off, I see that I’ve partly pulled the sheets off him too. He is naked, as always, his cock relaxed on his lower abdomen.

My abdomen tingles. I scan his face again and then decide that he will surely appreciate it. I wriggle down on the bed and gently lay my head on his stomach. His flaccid cock is now only centimeters from my face. I playfully poke it with my finger. It’s working. I poke again. Excitedly, I notice that it elicits exactly the reaction I was hoping for. He’s getting hard.

After some more gentle poking and stroking I notice that he is ready. I turn my head towards his face. Contrary to his manhood, he is far away, in dreamland. Bummer… but this should not spoil the fun.

As quietly as I can, I position my body between his legs, which I gently push apart. While gathering my hair and forcing it into a sloppy ponytail with one hand, my other hand takes hold of his now erect cock.

I moisten my lips and swallow one more time. Then I slide my tongue warmly over his shaft. For a moment, it seems as if he is holding his breath, but maybe I’m imagining things. Flashes continue to adorn the bedroom, followed by big blasts of thunder reverberating in the air. When I reach his head, I lick a few times and then lower my lips over his cock.

The taste of his precum makes me hungry for more. It makes me pick up my pace too. In the meantime, I hear a soft moaning. It’s real, no imagination this time. I really hear it! It’s not nearly loud enough to stand out above the reverberating thunder, but I’ll take it as a yes.

With my mouth filled, I lower my hand towards his balls. They’re sticky. Sweaty. Abort mission! I decide to let my hand join in with my sucking game. I don’t think I’ve ever worked with so much conviction before. He misses all of it though. He’s still sleeping. Unbelievable.

Softly, I start to moan, hoping it’s contagious. Let’s be honest, who wouldn’t want to be encouraged during ‘the job’?! My plan is working, his moaning is getting louder. I pay attention to all his sensitive spots. To his cockhead, the edge just below the top and now and then I also include his balls. Despite them feeling a bit sticky. I’m enjoying this and it is becoming increasingly clear that he is too.

When I adjust my suction technique yet again and increase the pressure, I notice that his breathing takes on a different rhythm. Occasionally, his legs wriggle briefly. And before I know it, my head is caught between his hands. His fingers run through my hair and he pushes my face closer and closer to him. I barely have room to breathe. His rigid divinity presses deep into the back of my throat.

“Ah, yes baby! Yes!”, it suddenly rings through the bedroom.

Semi-disappointed, I lay down next to him. A flash lights up the room… another flash. I sigh. You know what? I will do it myself. Excruciatingly slowly I let my fingertips trace my stomach, down towards my heat. Once there, the wetness sticks to my fingers. Two slide in with ease. It feels warm. Even warmer than the bedroom. With an alternating rhythm, I press against my inner spongy spot. My breathing quickens and I decide to use my other hand as well. My thumb and index finger have taken hold of one of my nipples and I pluck seductively.

A moan escapes my lips. Outside, thunder is still blasting. I am hot. My clit in particular is bloody hot. If she could, she would scream. Scream to be touched. With my nipple still clamped between my fingers, I remove the two fingers from my soft wetness. To let one of them start circling my clit.

I notice that my legs can hardly stay still and in some stray attempts at control I accidently kick him a few times. He who cannot be awakened. My nipple is now protruding proudly. It even feels a bit sore. I let my hand disappear between my legs. For a moment, my fingers trace caressing circles around my entrance. To tease, and to moisten them. I let a moist finger disappear between my buttocks and start putting some pressure on my back hole. My other hand is pressing three fingertips around my clit now, making intense circles. Gradually getting wilder and more delicious.

My heat rises, my legs writhe, and my breathing feels raw. I’m going to come. Trembling and shuddering, I explode. The only sound I manage to produce is a kind of squeak. Almost like a whimpering.

Completely out of breath, I stay still, doing my best to get the production of saliva in my mouth going again. I feel movement next to me. His hands are reaching for the sheets, as if it’s cold and he needs them. Then he looks at me.

“Were you coming just now?”

“Huh, no man. I think you were dreaming.” 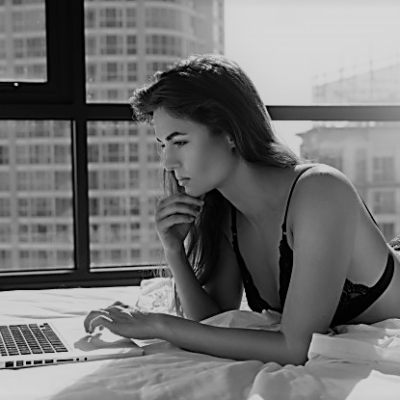 The hottest and most exciting sex stories for women